Professor Richard Dawkins has previously given less than cogent reasons for declining to debate Professor William Lane Craig:
Now Dawkins has turned down four different invitations that went out recently (from Premier Radio, Oxford University Christian Union, Cambridge University Debating Society and the British Humanist Association) in expectation of Craig's October 2011 visit to the UK...
This from the Daily Telegraph's Tim Ross, Religious Affairs Editor, 9:58AM BST 14 May 2011:

Richard Dawkins has made his name as the scourge of organised religion who branded the Roman Catholic Church “evil” and once called the Pope “a leering old villain in a frock”. But he now stands accused of “cowardice” after refusing four invitations to debate the existence of God with a renowned Christian philosopher.

A war of words has broken out between the best selling author of The God Delusion, and his critics, who see his refusal to take on the American academic, William Lane Craig, as a “glaring” failure and a sign that he may be losing his nerve.

Prof Dawkins maintains that Prof Craig is not a figure worthy of his attention and has reportedly said that such a contest would “look good” on his opponent’s CV but not on his own.

An emeritus fellow of New College, Oxford, Prof Dawkins last year supported a plan to charge Pope Benedict XVI with crimes against humanity for his alleged involvement in the cover-up of sex abuse by Catholic priests.

Prof Craig is a research Professor of Philosophy at Talbot School of Theology, in California, and the author of 30 books and hundreds of scholarly articles on Christianity. He has debated with leading thinkers including Daniel Dennett, A.C.Grayling, Christopher Hitchens, Lewis Wolpert and Sam Harris.

Prof Craig is due to visit Britain in October this year. Four invitations to take part in public debates were sent to Prof Dawkins from The British Humanist Association, The Cambridge Debating Union, the Oxford Christian Union and Premier Radio. Prof Dawkins declined them all. He told The Daily Telegraph that he had recently debated Prof Craig, in a boxing ring, in Mexico, and claimed he was not impressed by his opponent. His critics say this event was a six-person discussion, not a rigorous debate, but Prof Dawkins disagrees. “I have no intention of assisting Craig in his relentless drive for self-promotion,” he said.

Some of Prof Dawkins’s contemporaries are not impressed. Dr Daniel Came, a philosophy lecturer and fellow atheist, from Worcester College, Oxford, wrote to him urging him to reconsider his refusal to debate the existence of God with Prof Craig. In a letter to Prof Dawkins, Dr Came said:

“The absence of a debate with the foremost apologist for Christian theism is a glaring omission on your CV and is of course apt to be interpreted as cowardice on your part. I notice that, by contrast, you are happy to discuss theological matters with television and radio presenters and other intellectual heavyweights like Pastor Ted Haggard of the National Association of Evangelicals and Pastor Keenan Roberts of the Colorado Hell House.”

Prof Craig, however, remains willing to debate with Prof Dawkins. “I am keeping the opportunity open for him to change his mind and debate with me in the Sheldonian Theatre in Oxford” in October, he said.

Prof Craig will be using his UK tour to analyse The God Delusion and to present his own “strong rational grounds” for belief in God. His tour will include a London conference on the defence of Christianity and a debate in Manchester with the atheist, Peter Atkins, Professor of Chemistry at Oxford University, on the existence of God.

Prof Dawkins made his name as an evolutionary biologist with his 1976 book, The Selfish Gene. He has gained world-wide attention for his outspoken criticism of organised religion, and argued that the September 11, 2001 attacks on the United States showed that a harder line must be taken with believers.

Dr Came did not actually accuse Dawkins of being a coward as the Telegraph states in the headline - rather, he suggested that his refusals to debate Craig might be interpreted thus.

This news story has provoked many (over 2000 and counting) on-line comments (mainly off topic, frequently heated) and has sent ripples through the blogosphere, eg. the theistic 'Wintery Knight' blog here; the atheist 'Subversive Thinking' blog here; 'Cranmer' blog here 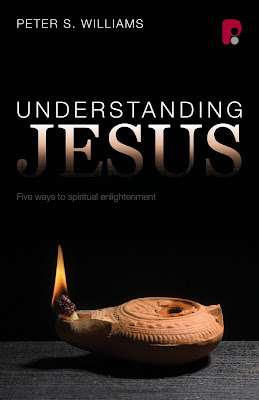